CCM gets 10 authorisations for the AgfaPhoto cleaning range

Steve Connor: Liquid glass sounds like the stuff of sci-fi. But can it reallylive up to the hype?

It sounds too good to be true: a non-toxic sprayinvisible to the human eye that protects almost any surface against dirt andbacteria, whether it is hospital equipment and medical bandages or ancient stonemonuments and expensive fabrics.

But true it is. The spray is a form of "liquid glass" and is harmless toliving things and the wider environment. It is being touted as one of the mostimportant, environmentally-friendly products to emerge from the field ofnanotechnology, which deals in objects at the molecular end of the sizescale.

Tests have revealed an astonishing variety of potential uses for the liquidglass, from protecting vineyards against fungal attacks to coating medicalimplants with non-stick, antibacterial surfaces. Scientists have even used it tospray fabric with an invisible, dirt-resistant film – emulating the fictionalinvention of unstainable clothing in the 1951 Ealing comedy The Man in the WhiteSuit.

The secret of liquid glass is that it forms an ultra-thin film between 15 and30 molecules thick – about 500 times thinner than human hair. On this nanoscale– a few millionths of a millimetre thick – liquid glass turns into a highlyflexible invisible barrier that repels water, dirt and bacteria, yet isresistant to heat, acids and UV radiation but remains "breathable".

A family-owned German company called Nanopool holds patent rights on thetechnology behind the liquid glass, which emerged from research at the Institutefor New Materials in Saarbrücken. Nanopool is already talking to British firmsand the NHS about using the product for a diverse range of applications, fromcoating designer handbags to spraying the nose cones of high-speed trains.

An NHS hospital in Southport, Lancashire, has just completed a year-longtrial where a variety of surfaces were coated with liquid glass to test itsability to resist dirt and microbial growth. The results of the trial areexpected to be published next month.

Similar tests by food-processing firms in Germany have shown that sterilesurfaces treated with liquid glass are just as clean and free of microbialcontamination after being washed in hot water as untreated surfaces washed inthe usual way with strong bleach, and the antimicrobial effect continued overmany months.

The liquid glass is composed of almost pure silicon dioxide, the chemicalconstituent of quartz or silica, the most abundant mineral in the Earth’s crust.It is quite inert and has no known harmful impact on the environment, unlikemany of the domestic and industrial cleaning products its use could help toreduce.

The "easy-clean" properties of the liquid glass could lead to drastic cuts inthe amount of potentially toxic cleaning agents used in factories, offices,schools, hospitals and the home, as well as cutting the costs of labour and theamount of time spent scrubbing surfaces.

It works by forming a highly water-repellent or "hydrophobic" layer thatresists dirt and bacteria, so that treated surfaces can be quickly be washedclean with plain water, according to Neil McClelland, Nanopool’s UK projectmanager.

"Many UK supermarkets are unwilling to stock the technology as many of theother cleaning products which they sell will become redundant. This is also thecase with some major cleaning companies who are scared of having to clean lessfrequently and to change from using cleaning chemicals to using water in mostinstances," Mr McClelland told The Independent.

A number of leading organisations are conducting cleaning tests with theproduct, including a train company in Britain which is using it to protect thefront of the train as well as inside its carriages; an international chain ofluxury hotels; an upmarket fabric and clothing firm; and a German branch of ahamburger chain.

The secret of the glass’s unique properties lies in the way it ismanufactured so that it can be sold in a solution of water or alcohol, dependingof the type of surface to be covered. When sprayed on a surface, the glasssolution forms a flexible, ultra-thin film that generates strong electrostaticforces that bind it to the material in question, yet repel water from theopposing, exposed surface.

"In essence, we extract molecules of silicon dioxide from quartz sand and addmolecules of water or ethanol depending on which surface is being coated. Thereally clever part is that there are no added nano-particles, resins oradditives – the coatings form and bond due to quantum forces," Mr McClellandsaid.

When bacteria or other microbes land on the glass surface they are notkilled, but they cannot divide and replicate easily, he said. This imparts anatural, antibacterial property to the layer of liquid glass similar to thesilver-ion surfaces used to protect some kitchen equipment, but with alonger-lasting effect, Mr McClelland claimed.

"Very soon almost every product you purchase will be protected with a highlydurable, easy-to-clean coating … the concept of spray-on glass is mindboggling," Mr McClelland said.

Sprayed onto outdoor stone or brick, the liquid glass creates awater-resistant surface that is easier to clean. It allows the stone to breathe,preventing a build-up of mildew under the nano-coating. Graffiti is more easilyremoved from treated statues, without the unsightly "shadowing" fromconventional anti-graffiti treatment, Mr McClelland said.

Britain’s war graves organisation, Alrewas, is in discussions with Nanopoolabout treating its stone monuments and Turkish scientists are conducting testsof liquid glass on important national monuments in Turkey, such as the AtaturkMausoleum in Ankara and the 15th Century Ilyas Bey Mosque in Miletus.

Professor Bekir Eskici of Ankara University, director of the mosque project,said that the liquid glass solution was applied to the building’s dome as wellas its decorative marble surfaces in August 2008. The surfaces are stillwater-repellent and there are no colour changes to the materials, ProfessorEskici said.

Sascha Schwindt, managing director of Nanopool, said that agriculturalcompanies were also interested in liquid glass as a treatment against fungalattack on plants and seeds. Vineyards are testing it against a common grapefungus and wine makers are interested in using the product to prevent"corking".

Mr Schwindt said that tests have also shown that seeds sprayed with theliquid glass are not just protected against fungal attacks, but germinate andgrow faster than untreated seeds. "We think it’s because the energy of the seedsis used for development and growth rather than defence against bacteria andfungi in the soil," he said.

The agricultural aspects of the liquid glass came out of tests showing thattreated wood is resistant to termite attack. Wood sprayed with the liquid glasssurvived undamaged after being buried in a termite mound for nine months, MrSchwindt said.

"Our hypothesis is that the termites do not see the treated wood as wood butas a solid barrier," he said.

Professor Colin Humphreys of Cambridge University, a respected expert in thefield of materials science, said that Nanopool’s liquid glass appears to have astriking range of applications. "I have to say the product looks impressive," hesaid.

Wood treated with liquid glass was found to be resistant to termite attacksin tropical climates. This led to tests on vines showing that treated plants aremore resistant to a fungus that attacks the grapes. Seeds coated with liquidglass are less likely to be be attacked by fungal spores and germinate and growfaster than untreated seeds, probably because they do not waste energy fendingoff the microbes. Wine corks treated with liquid glass may also be protectedagainst "corking", when contaminants in the cork taint the flavour of thewine.

Stone surfaces coated with liquid glass are protected against the weather andeasier to clean, especially if grafittied. For 18 months, scientists in Turkeyhave been running trials on the Ataturk Mausoleum in Ankara and a 15th-Centurymosque. They report continued water protection and no discolouration. Talks aretaking place about the possible use of liquid glass in Britain to protectmemorials and war graves.

Millions of homes use cleaning agents and bleach. Tests by food processingcompanies in Germany have shown that sterile surfaces treated with the liquidglass can be cleaned with plain hot water and have levels of sterility seen onsurfaces washed in bleach.

Its uses in the fashion industry

The liquid glass produces a highly flexible, invisible barrier to liquids anddirt. It cannot be seen by the naked eye and yet it allows fabrics to "breathe",according to its manufacturers. Expensive fabrics could be treated to make themstain resistant and at least one maker of upmarket handbags and coats isunderstood to be conducting negotiations about treating its products before theyleave the factory. The day may soon come when the clothes are routinely treatedwith liquid glass to give them protection against dirt – the angle in the 1951classic comedy movie The Man in the White Suit. 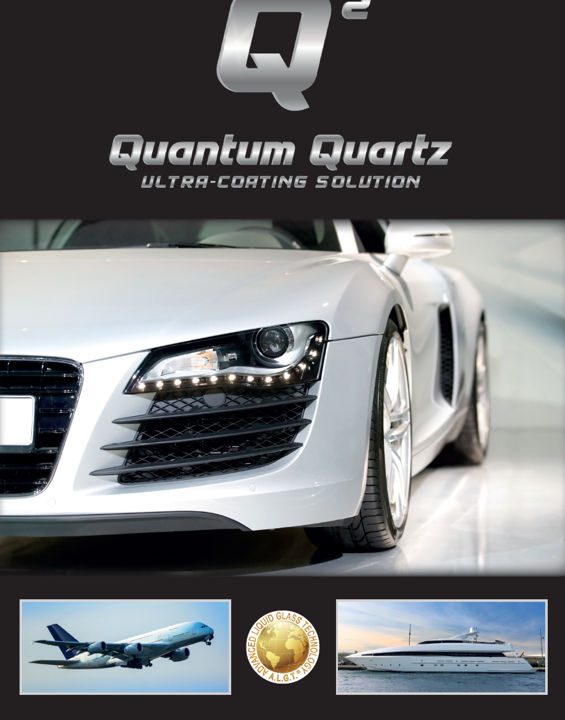