Liquid Glass products are based on the liquid glass (SiO²) technology of leading German R&D companies. This truly remarkable technology, allows the end user to protect industrial and domestic surfaces with a super durable coating of invisible, easy to clean glass.

The stunning characteristics of this technology have been widely reported throughout the world, via TV radio and the written press and as a result there has been an enormous demand for all of the coatings which we supply, in both the retail and professional/industrial formats. Apart from the fact that the concept of "spray on glass" captures the imagination one has to look at the proven characteristics and benefits of the technology.

Our thinnest coatings are undetectable, super phobic (repel oil and water), anti-microbial, super-durable, flexible, heat tolerant, breathable, physiologically harmless, easy to apply and environmentally friendly, as all coated surfaces become "easy clean" and in most instances the coated surfaces can be cleaned with water alone.

The technology is the solution to many problems in the home and in many fields of industry, for example, in healthcare and food production, where cleanliness is vita, the coatings have proven to be the answer to the problems associated with difficult to clean surfaces which previously were a breeding ground for bacteria. In the auto industry, where paint protection, stain proofing and rain repellent surfaces are sought, SiO² coatings have proven to be the chosen technology. In the aviation sector where interior and exterior surfaces have to be protected, SiO² technology is being rapidly adopted. The list is almost endless.

We are very proud to be responsible for the distribution of this stunning, multi award winning technology, which has been described as „one of the world's most versatile new technologies."

This is German technology at its best. 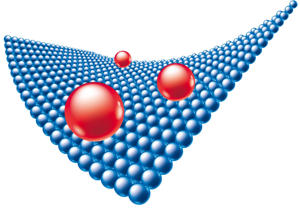 In essence the technology allows the end user to deposit a nano scale layer of molecular, particle free glass (500 times thinner than a human hair), onto the surface of most items. The molecules of glass (silicon dioxide/ SiO²) come from pure quartz sand, of which there are vast reserves, as silicon dioxide  is one of the most abundant compounds on the planet. Just like domestic glass the coatings are chemically inert and highly resistant to commonly used cleaning chemicals.

The coatings also offer resistance to alkalis, acids and solvents; however, despite some similarities to standard glass the Liquid Glass coatings are stunningly different. The layer is flexible, breathable, highly durable, heat tolerant, anti-microbial and offers non-stick and “easy clean” characteristics. The application of the Liquid Glass range of products is amazingly straight forward. After preparatory cleaning, items such as wash basins, windscreens, and fabrics can be coated in a matter of seconds. Significantly most coated surfaces can be cleaned with water alone, this of course massively reduces the use of environmentally damaging cleaning products.

CCM has been involved with the development and marketing of Liquid Glass technology since 2003 and as a result we offer unrivalled experience in the supply, packaging and worldwide distribution of this technology. We are currently support projects in  over 60 countries.

It all started in Paris in 1845, when J.J. Ebelmen, a French scientist first discovered the Sol Gel process. In simple terms, he discovered that by manipulating a liquid which contained silica he could create glass. This was a very interesting theoretical discovery but at this time all that he was left with was small lumps of glass which were of no specific use. The next major step came in 1939 when the Schott Glaswerke company of Germany started to re-examine the technology.

After a further 20 years of research they started to produce the first items coated with * SiO²; however the processes were still complex and expensive. Evidently continued R+D was called for! Whilst the world was focusing on the space race, the computer revolution and the genome projects, the scientific community in Germany was creating “liquid glass technology” which could be applied on a DIY basis. The target being, to produce an undetectable coating, which could protect and enhance almost any surface. At the start of the millennium such coatings became available for the first time and we are proud to say that we were involved in their launch to a wide range of markets.

It has now been over 150 years since the discovery of the Sol Gel process and advances are continually being made. We are now able to bring you the 3rd Generation of Liquid Glass Technology via which we offer more eﬃcient coatings, at reduced cost to the consumer. We also develop new technologies and technical coatings which are in the micron scale. These are used in a wide range of demanding environments, such as the marine, auto and aviation sectors. In essence A.L.G.T. is the culmination of 150 years of development.

Where will be in another 150 years?

Obviously we do not know the answer to this question ... but we do know that we offer state of the art technology for the world of today.

*Silica (silicon dioxide or SiO²) is one of the most common chemical compounds.

1The resulting liquid glass layers are in the nanometre range. Can the nano particles in the liquid damage the body?

We do not work with discrete nano particles, the SiO² is amorphous molecular scale SiO². Our liquid glass coatings are designed as wet-chemical coatings. The dried coatings are approximately 100nm (nanometres) thin and therefore fall under the official definition of “nanotechnology” (“structures” <=100 nm). Our SiO² based products do not mix particles into the liquids.

The coating or the “solid content” of the coatings in the liquid does not penetrate into the skin, if the coating arrives upon the skin a layer will form but this layer will not bond effectively to the skin because there is a layer of fat on the skin and binding groups are missing (although we recommend wearing gloves when using it, as the ethanol alcohol in our alcohol-based sealants can dry out the hands).

2Is it true that silicon dioxide is also used in foodstuffs?

Yes, that is correct. Silicon dioxide is listed under E 551 in the list of food additives.

Here is what this regulation states:

Silicon dioxide is the most abundant mineral in the earth’s crust. As a component of the cell walls of numerous plants, it is also present in food in varying amounts. The human organism cannot absorb or utilize silicon dioxide. It is excreted unchanged.

In the food industry, silicon dioxide is usually used in powder form. If the silicon dioxide crystals contained are particularly porous, they are also called silica gel. Due to their enormous inner surface, these crystals can hold large amounts of water. This occurs only through physical interactions - the crystals neither change their chemical structure nor swell.

In powdery foodstuffs, the silicon dioxide crystals accumulate on the food particles and thus protect them against their environment. In this way, silicon dioxide prevents the food from clumping: Powdery products remain free-flowing, others can be easily separated.

Silicon dioxide is only approved for certain foods. These include, among others:

Silicon dioxide is also approved as a carrier for emulsifiers, dyes and flavours. It is Halal.

qs = quantum satis (literally: sufficient quantity). A maximum quantity is not prescribed. However, only as much as is absolutely necessary for the desired effect may be used.

Silicon dioxide is considered to be safe. A lack of SiO2 within the human body can also lead to health issues.