The Fabric Industry has been searching for a coating which offers the same performance as C8 (PFOA) technology, yet without the obvious negative attributes. It became apparent that a technology based on SiO² could prove to offer the solution, and this has indeed proven to be the case.

The new Hybrid coating, which also utilises an environmentally optimised, slightly cationic, C6-carbonfluoropolymer, is PFOA-free, stunningly Hydrophobic and Oleophobic, Self Healing and most importantly Machine Washable.

Our experience of working with SiO² based coatings informed us that this technology offered us the best foundation from which to create a new coating.The main obstacle to overcome was “enhancing the bonding characteristics of the coating”. This obstacle was overcome by creating a hybrid matrix, which, when heat cured would provide a coating which would not only match but supersede the performance characteristics of standard C8 fabric coating technology. 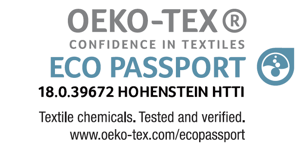 The constituents are supplied in four different concentrates.

Simply mix the constituents into water to create the HNSFT coating.

Pre-drying at 100°C is recommended as the fabric must be dry before “curing”.

Curing times and heat settings can be adjusted to match fabric types and production methodology.

From Quartz Sand to a revolutionary Liquid Glass Technology Coating

The key component within our coating is nano scale silica

C8 technology was identified as being profoundly persistent in the general environment and specifically within humans and as a result Greenpeace thankfully launched a campaign in order to ban the use of this technology; however, this campaign unfortunately also led to an unjustified demonization of all fluorinated technologies.

Perfluorooctanoic acid, also known as PFOA or C8, has been used in the manufacture of such prominent consumer goods as Teflon. It has been manufactured since the 1940s in industrial quantities. Despite offering outstanding performance characteristics, PFOA unfortunately also persists indefinitely in the environment and has been detected in the blood of more than 98% of the general US population. PFOA has been detected in, water, food, household dust and of course the human body. It has been used in the production of many items such as microwave popcorn bags, cookware, (PTFE / Teflon) cosmetics and carpet coatings.

As a result of these findings scientists around the world decided that a move towards C6 as a replacement technology may be appropriate.

Extensive testing has been carried out and C6 agents have been found to be safe: “*These compounds do not appear to possess the biopersistence and potent systemic and reproductive toxicity that are characteristic of C8-PFCs as a class. Instead, data from animal and epidemiological studies indicate that C6-PFCs are rapidly and completely excreted and do not appear to accumulate in biological fluids.”

Based on these findings it became apparent that an SiO2 + C6 variant could form the platform for a new form of PFOA / PFOS free coating.

Call our hotline or send us an email.