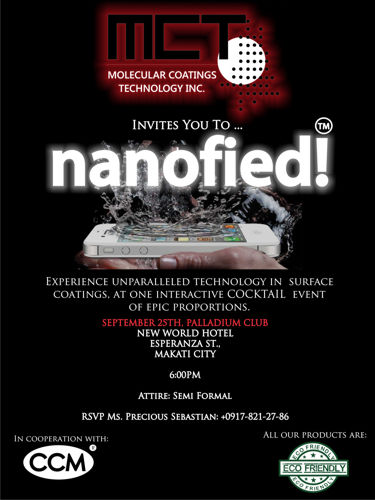 Over 200 guests from the world of Banking, Security, Hospitality, Industry and Public Health attended the launch of the CCM portfolio of products; branded as “Nanofied®” in the Philippines.

The event was staged at „The Palladium Club”, which is one of Manila’s most exclusive venues.

The fast moving launch, which was MC’d by a local television presenter, was also well attended by the local media. There was an extensive Q+A session which was conducted by journalists from TV, Radio, and Newspapers.

Everyone who attended confirmed that this was a truly exceptional event. As well as being visually stunning the event was also “educational” and informative as all of those who attended had the opportunity to test the coatings and ask technical questions at 5 test stations where coated items could be evaluated.

After a fantastic video presentation, JP Escudero (MD MCT) , Bernd Zimmermann (MD CCM) and Neil McClelland (MD of CCM partner Liquid Glass Coatings) were invited to formally introduce the technology platform to the Philippines, which was a great honour.

As Bernd Zimmermann noted, “I have been involved in numerous product launches over the years but this is by far the most sophisticated that I have ever seen.” 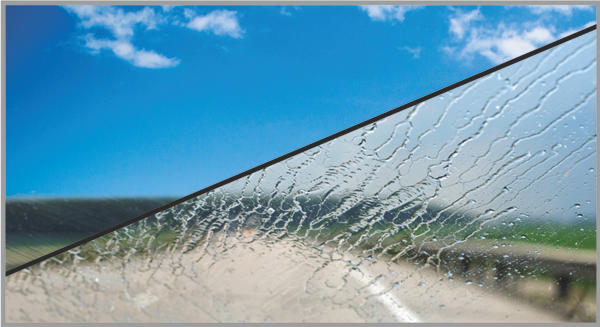